A downloadable game for Windows and macOS

A low-poly epistolary game where you navigate a messenger pigeon through a city. During your journey, you hear the contents of the letter you're delivering. This game is SAD and QUEER. Read an article about it at Gayming Mag here.

The game doesn't have a tutorial (I'm sorry) so to play, use A and D on the keyboard or the left stick to move, and the mouse or the right stick to look around. P or the top button on the controller will pause, where you can adjust settings like volume and subtitles. The buildings in blue are significant points that will provide different bits of narrative if you fly over them. There are two endings.

This game is compatible both with keyboard and mouse and controller. Please download the correct file for your setup, noted with (Keyboard) or (Controller).

NOTE: If you have a Mac running Catalina, you have to launch the game from the itch app, otherwise Catalina won't run it properly!

*If you would like to view a playthrough of the game without downloading, you can watch here.

I love it.  I love the voice acting, the music choice, everything. My jaw dropped in the end. I really love this :')

What a wonderful experience. Thank you for taking the time to make it breathe.

Thank you so much <3

The voice acting is probably the pillar of this game in how emotional it is, and the music is a huge contributor to that. I see that subtitles have been added in a newer release which is a relief as the version I played had none and it was a shame. The story is simple, but it's a realistic grief story. The voice talks about missing 'her' less as time passes, but still having harder days- that is pretty damn true of grief, and it made me relate much more. Its quite refreshing to have a sad story about the gays, where being gay isnt the sad part. Instead, its a raw story of grief from the queer perspective, which is healthy and comforting rather than distressing. We need more sad queer stories that are sad in a normal and healthy way.

Thank you!! "sad queer story that is sad in a normal and healthy way" was exactly what I was going for!

I should have got tissues before this. Lovely game, beautifully made

Thank you for playing!!

I didn't expect to actually tear up but here I am, teared up

Probably the fastest a game has brought me to tears (in a good way!)

Thank you so much for making this <3

Ah thank you for your kind words!!

Thank you for this ♥

Hi, I just played on Mac (Mojave, KB+M version) and had a bit of trouble figuring out how to pause the game to change options and see controls. Seems that although both Esc and P are supposed to pause, the game wasn't responding to the escape key.

Hey, sorry I didn't trust you, but...I checked and your game actually does run on Catalina! People just need to download and launch the game via the Itch app, instead of the website. This is true for many games right now. For some reason, Catalina doesn't seem to be able to unzip certain files properly.

This game is cute! I like everything about it (and I really like the name of the pigeon)!

Thank you for checking, that's good to hear!!!

NOTE: If you have a Mac running Catalina, the game unfortunately won’t work - this is an issue with Catalina being very restrictive on what apps it will allow to be played on your computer.

I thought that was a matter of Catalina not supporting 32-bit code. Does this game use 64-bit binaries? AFAIK that’s the only barrier new to Catalina (though quite a bothersome one).

Ah. I’d offer to help test, but I haven’t upgraded to Catalina for exactly this reason (I’m still on the previous release, Mojave).

I found that you can open terminal and run

and then just run the game normally

I have seen this with some Itch games. Somehow the permissions don’t get set right, so (for the less technically literate) this command just tells your computer that it’s a program you can run. For the path, just drag the app onto your Terminal window.

I think this game would be cool, but I need subtitles because of my hearing. Let me know if there is an update.

Hello! I have uploaded a new version of the game with subtitles - I hope it helps!

what a sweet game!! i really enjoyed playing it :-]

I've tried a few times to run the Mac version, but I just get  "This app can't be opened", which probably indicates some permission problems, or a corrupted zip archive. I've tried unzipping it with tools other than the standard OSX archiver, but it still doesn't work.

Hello! Are you running Catalina on your Mac? If so, that’s because Catalina has very strict permissions for unverified apps. There’s a workaround here, although I can’t verify if it actually works because I don’t have a Mac. If you’re running an older OS than Catalina, can you let me know what you’re running and what specifically the error message says and I can try to troubleshoot?

Nope, this was on Mojave. Also that was the exact (and very unhelpful) error message "This app can't be opened". I don't believe this is the usual key signing error you get for unverified apps, because that has a "because the developer couldn't be identified" on the end of the error. This error, which I've had before from itch games, usually means something needs to be set executable, but isn't

Interesting. I've done a bit of research on this and the only thing that keeps coming up is something telling me to run chmod to set it as an executable but I can't do that on a PC. I'll rope in a friend who has a Mac and see if I can figure out the problem from there!

Then it runs. The app bundle itself is already executable, but I that file needs to be as well

Thank you! I think this is unfortunately something I can't fix in the build, not sure why building to Mac from a PC in Unity is so touchy but alas.

I miss some subtitles (english is not my first language), but i find it's a very touching experience.
Thanks. :)

Thank you for the comment! I will work on getting subtitles in the game!

Hello! I have uploaded a new version of the game with subtitles - I hope it helps!

Ooooh. Thank you. :*
It's a beautiful experience. 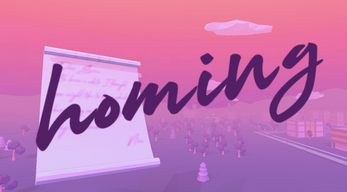 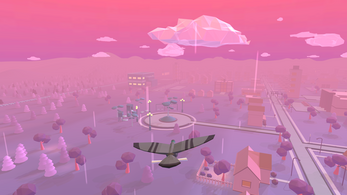 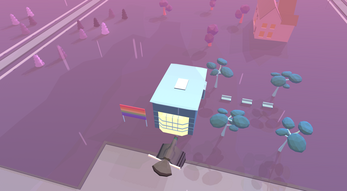 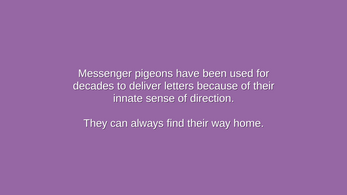